Odournet expert presents at a Public Hearing in Brazil 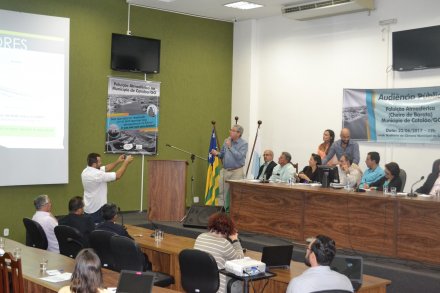 At the end of June, Yanko Guimarães, director of Odournet Brazil, presented the conclusions of an odour study conducted on behalf of Anglo American (now CMOC) during a Public Hearing at Catalão, Brazil. The hearing was attended by over 200 people including members of the local authorities.

He explained how community complaints of a ‘cockroach smell’ were wrongly associated with the emission of fluorides by fertilizer plants in the region.